Say it with PRide

We uncover how CASTRO Communications,
from being a startup PR firm to becoming one of the most gender-progressive companies
in the industry, has found its ultimate cause.

Manila, Philippines – Representing the PR in Pride—that’s what CASTRO Communications has shaped up to be. From a hopeful start-up to a full-fledged communications agency that represents one of the most remarkable gender movements of today, CASTRO is both known for impeccable PR partnerships and its role in pushing the LGBTQ+ agenda in the Philippines.

The brainchild of Martina Castro, who spent his early professional years in the Corporate Communications arm of L’Oreal Philippines, CASTRO recognized the opportunity to penetrate the lifestyle PR market as more and more brands clamored for non-traditional and creative ways to communicate with the media and the public. As Managing Director, Martin knew that growing the business wasn’t a task he could do alone, so he sought out the services of long-time friend Janlee Dungca, formerly an events professional. Together with the rest of the team, CASTRO slowly built its lifestyle and luxury portfolio, partnering with companies such as Branded Lifestyle Inc., distributor of Ray-Ban and most luxury eyewear brands in the country, and the L’Oreal Philippines flagship, with its lineup of hugely successful brands such as L’Oreal Paris, Kerastase, L’Oreal Professionnel, NYX Cosmetics and Kiehl’s. Other well-known brands include Nivea, Levi’s, Guess, SM and Celeteque.

In 2014, Martina and Janlee (the latter named as CASTRO’s PR Director) welcomed frequent collaborator Lui Castañeda into the agency fulltime as CASTRO’s Accounts Director. This move proved to be a truly auspicious step for the agency, as from there CASTRO grew both in terms of clientele and employee size—two telltale signs of highly competitive and successful startups. Currently, CASTRO has expanded its client portfolio to include household FMCG brands such as Toblerone, Cadbury, Cheez Whiz, Eden Cheese, Oreo, Belvita, Tang and Berocca, and has partnered with the most successful celebrities and content creators in their campaigns and events. The depth of PR services it provides is executed by CASTRO’s solid team of hardworking employees, a creative group of individuals who have become both colleagues and friends.

As the Martina-Janlee-Lui trifecta developed CASTRO’s commercial success, they also started to be recognized as one of the most progressive, pro-LGBTQ+ companies in the country. The name CASTRO itself was inspired by Castro District in San Francisco, where the yearly LGBTQ+ Pride Parade found its early beginnings. Individually, CASTRO’s founders are LGBTQ+ members and advocates themselves, who actively contribute to the cause apart from their full time responsibilities in the agency. Janlee is a member of LoveYourself, a non-profit organization that aims to spread awareness on HIV-AIDS prevention, testing and treatment, especially towards members of the LGBTQ+ community. Martina and Lui also continually push forward the Pride advocacy in their various interviews and features.

But as proud LGBTQ+ individuals, Martina, Janlee and Lui’s staunchest act in showing their support for the agenda is choosing to work with and collaborate with members of their community. Throughout CASTRO’s seven years in the industry, they have continually hired employees, commissioned suppliers and worked with LGBTQ+ groups and individuals, and consider it as their way of changing the stigma against lesbian, gay, bisexual and transgender individuals in society. Locally, one of CASTRO’s most valued members is Niko Pedro, a proud gay man who does consultancy work for the company and also works as a consultant for a local news network. Outside the Philippines, CASTRO has expanded in Singapore, with an office headed by happily married gay couple Alvin Miranda and Jappy Reyes, both established marketing professionals. 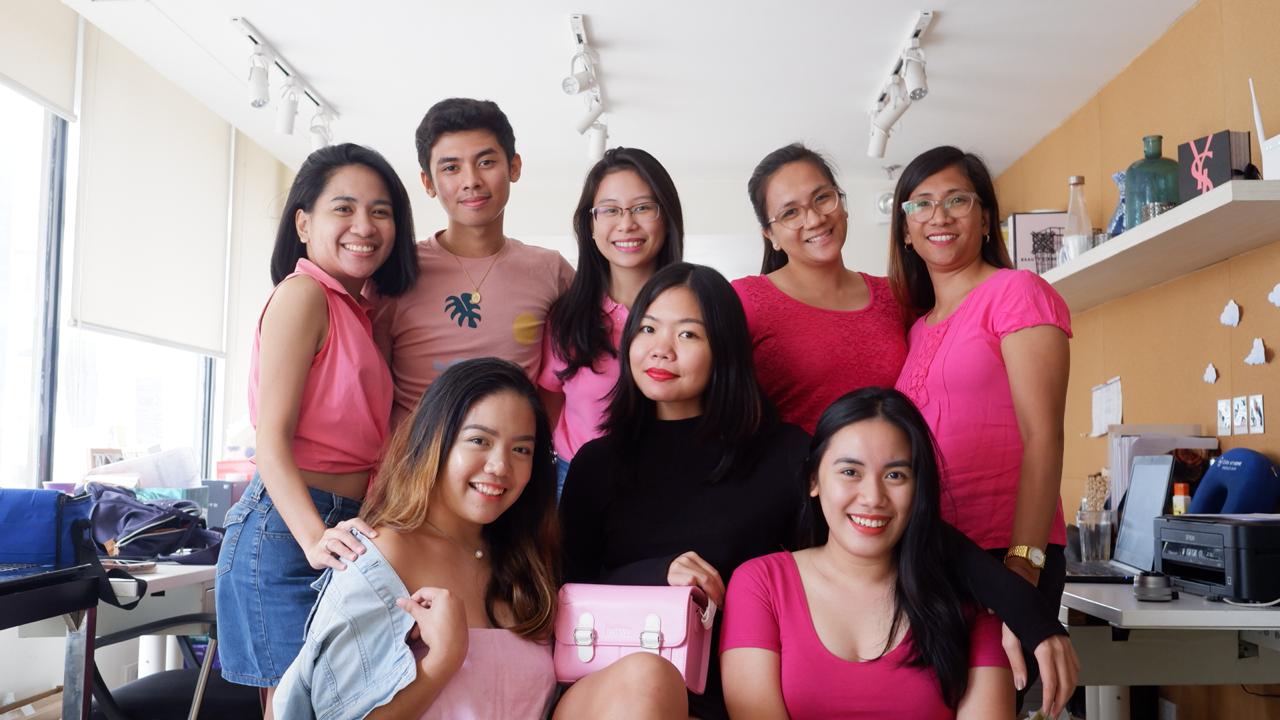 In an interview she did last 2016, Janlee defined CASTRO’S practices as ways of “debunking myths about LGBTQ+ people perceived to always be parloristas or sex workers.” As CASTRO built its corporate brand, the trio realized that their pro-LGBTQ+ stand has become an essential part of the company’s identity—in fact, it’s become the introductory line in their client pitches. The CASTRO directors consider this brand DNA both a privilege and a responsibility, for they now recognize their role as frontliners in the cause to raise awareness on gender equality in the workplace, both locally and internationally.

As Martina works on expanding and starting an office in the US, he explains: “We founded CASTRO in the hopes of introducing a new lifeblood to the Philippine PR and branding industry, which I built with transgender women I trusted for their talents and work ethics. I did not expect that our personal identities would affect and inspire the LGBTQ+ movement both in and outside the country. Now, as CASTRO fully imbibes this spirit in our DNA, I only look forward to how the company can continue to push the Pride agenda through our unique place in the PR industry.”